A branch of B&Q was forced to close after a swarm of 10,000 bees invaded a hanging basket in their garden department.

The Larkfield branch of the DIY store in Kent closed its door after customers were evacuated when the insects decided to take refuge in the plant.

A temporary hive was built by bee experts brought in to control the situation in an attempt to divert them away from the flowers. 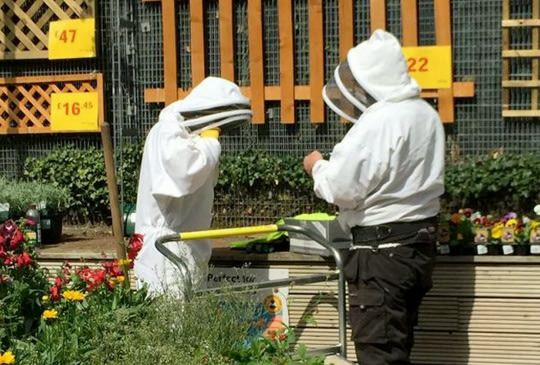 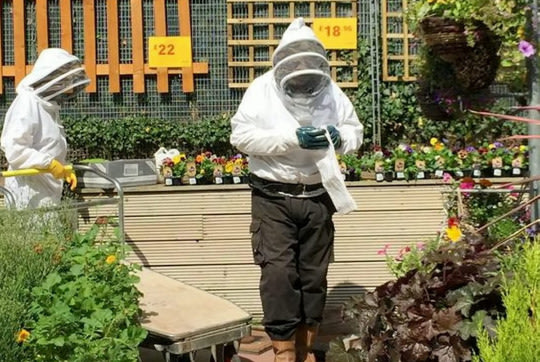 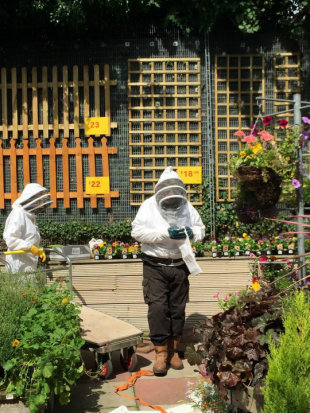 Once the bees had moved over to the hive and their welfare was checked on, they were eventually removed from the store at 8pm.

Keith Underdown, chairman of the Mid-Kent Maidstone and Swale Beekeepers’ Association said: “It’s not unusual for the to swarm in August, the most likely explanation is that they got overcrowded.

"It’s probable they made a strong colony earlier in the year and that a number of them followed the new queen.”

B&Q store manager Nik Fowden was not concerned with the loss of custom after the garden centre remained closed for the day.

He said: "We’re happy to protect a protect species and our customer’s safety and rescuing bees is more important to us.”

It is believed that their swarming behaviour was a result of recent hot weather.